When the results of the national ordinary level exams (an academic test organized by the State at the end of the first cycle of secondary education) were published on October 4 in Rwanda, seven out of the top ten best performers were girls. The first winner was Françoise TUMUKUNDA, a 16-year-old girl from Nyamasheke (Western Province). The brilliant student is currently studying physics, chemistry and mathematics at the Gashora Girls Academy, one of the best schools in the land of a Thousand hills, reserved exclusively for girls.

Given the importance of science knowledge in national exams, Françoise is a perfect example of the progression of girls in STEM (science, technology, engineering and mathematics) education in recent years. According to data from the Ministry of Education, the number of girls enrolled in Technical and Vocational Education and Training (TVET) - which is highly "science-oriented" - was 44,000 in 2019, up from less than 30,000 in 2015. In STEM fields, female students now outnumber their male counterparts (46,000 versus 38,000 in 2019).

"These girls who are in school today will become scientists, techpreneurs and engineers"

Herine OTIENO, Director Teacher Training Program at the prestigious African Institute of Mathematical Sciences (AIMS) in Kigali, welcomes this "exciting trend" and predicts that "in the future, these girls who are in school today will become scientists, techpreneurs and engineers. These results are the fruit of the Rwandan government's efforts to create inclusive, accessible and affordable education. Indeed, over the years, and through various incentives, the country has invested in girls' education by adopting different strategies to address the additional challenges they face. Measures adopted include programs such as the "Girls Room," a room in all schools, that is equipped with menstrual products, bathrooms, a bed, and offers services related to sexual and reproductive health. This facility addresses many of the problems faced by girls, such as early pregnancy, which is mainly due to poor information on sex education. Annet MWIZERWA, Adolescent Sexual and Reproductive Health and Rights (ASRHR) Program Officer at the Health Development Initiative (HDI), a local NGO seeking to advance public health, says, "these incentives and facilities have helped girls tremendously," adding, "The Girl's Room even helps girls who give birth prematurely to go back to school, instead of dropping out.

In addition to the government's efforts, various NGOs and civil society actors have invested in facilitating girls' access to education, particularly in STEM. In 2007, for example, Rwanda's first lady, Jeannette KAGAME, launched a five-year school campaign to promote girls' enrollment and success in school, with goals including improved academic performance and increased retention rates for girls. Nearly 15 years later, girls' enrollment in primary and lower secondary school is over 98 percent.

Still, despite all the progress made, Rwandan girls still face issues of early pregnancy while many social norms continue to prevent them from reaching their full potential. Since 2016, Rwanda has recorded 68,000 teenage pregnancies, and the majority of these girl mothers are not returning to school. "We already have tough laws punishing sex offenders, but there is still a stigma around rape, statutory rape, and teenage pregnancy. Policymakers should invest more in public education," says Annet MWIZERWA. Julienne MUKAYIREGE, head of gender issues at the Rwanda Education Board, believes that we need to work with "parents' associations and local leaders to help [girls] go back to school while tackling the problem of early pregnancy. This is a reminder that beyond academic success, girls still have to overcome the ultimate test, societal change. 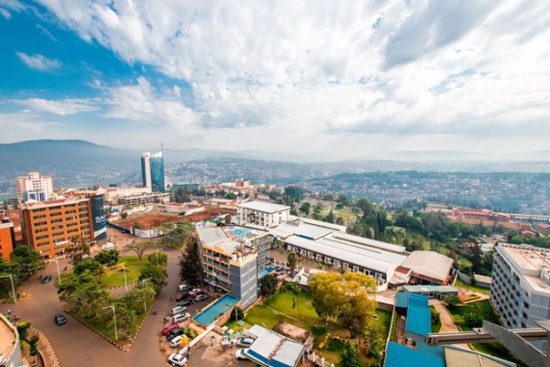 Katapult Africa: “Seeking out and performing due diligence on the best impact startups in the agriculture, food and climate technology sector”

<p>Launched in 2020, Katapult Africa aims to support and develop the growing impact community in East Africa and the wider continent.</p> 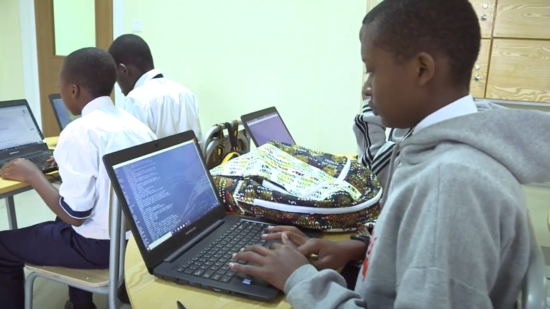 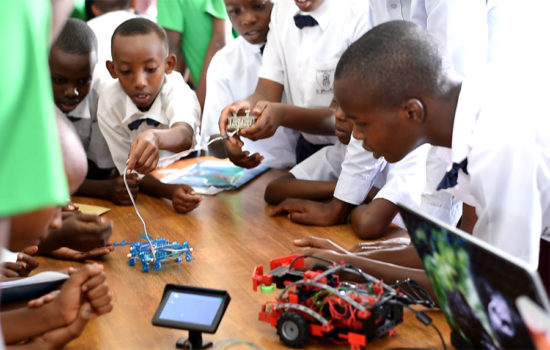 After Konza Technopolis in Kenya and Kigali Innovation City in Rwanda, the region is home to a new institution dedicated to STEM: The Science, Technology, Engineering and Mathematics Center inaugurated in Kigali. This confirms the interest that states in this region show for high value-added fields.