<p>Washington D.C. hosted the 7th edition of the Africa Fintech Summit (AFTS) on April 21. On the occasion, Zekarias Amsalu, co-founder of the event, and also founder and CEO of Ibex Frontier, shares with Resilient Digital Africa his thoughts on the emerging trends shaping fintech in Africa.</p>

What is the concept of the Africa Fintech Summit?

The Africa Fintech Summit is an event that gathers leaders, investors, regulators, think tanks, business leaders, banks, government agencies, and other architects of the ecosystem to foster collaboration, raise capital, and explore strategies to expand the reach of financial service delivery in Africa. Each April, one AFTS is held on the sidelines of the World Bank's Spring Meetings in Washington, D.C., while another is held in a selected African country.

The idea of holding an AFTS outside of the continent is simple: the African tech ecosystem thrives on internal and external support. With founders also getting this external support from foreign investors and global fintech players through informal introductions and foreign programs focused on Africa, holding an AFTS event in the U.S.-one of the main sources of investment and advisors for African founders-creates more opportunities for African innovators to connect with key players on their land.

How was the last edition? Is the interest in the Fintech sector in Africa confirmed?

Since its inception in 2018, the Africa Fintech Summit has produced impressive results in strengthening the ecosystem. So far, all six editions have seen over $40 million in capital raised for African startups. They have also facilitated strategic business partnerships, market entry for multinationals looking to enter the regional fintech market, the collaboration of African financial regulators, and served as a launching pad for newly founded African startups.

This year's April event explored the central theme of the global connectivity of the African fintech industry or the "Africanization of global technology," which speaks about the expansion of African fintech companies beyond the continent and the two-way implications this may have on the global and African fintech spaces.

Alongside this central theme, the event also sought to explore the trends that are defining financial service delivery in Africa. To that end, conversations at the summit revolved around topics such as Africa's technology inflection point, diaspora banking and remittances, venture capital trends in Africa, digital banking, Web 3, crypto-currencies, regulatory best practices in fintech, the relationship between U.S. and African tech investments, fostering local talent, and more.

Voted the most engaging event of the World Bank Spring Series, the Africa Fintech Summit has featured over 100 high-impact plenary, closed-door, and networking sessions and has hosted over 4000 in-person and virtual attendees and more than 200 panelists, including high-level founders, technology leaders, startup executives, investors, government officials, regulators, and more.

If previous editions are any indication, AFTSDC2022 could help set the tone for the future development of the fintech space in Africa. Commenting on a previous summit, one attendee said, "It has been a long time since I attended such an important event aimed at facilitating conversations between stakeholders, investments and political executives around the fintech space in Africa. I was able to take away new perspectives, concrete ideas and new business connections from the summit. I highly recommend AFTS to anyone working in this area." - Olu Oyinsan, VP of Investments, Ingressive Capital.

How do you analyze the Fintech sector in Africa, through this meeting?

The African fintech ecosystem is going through a period of unprecedented exponential growth, as evidenced by statistics such as how it has attracted 62% of the total $5.2 billion in funding raised by startups in Africa in 2021. As such, there has never been a better time for a meeting of industry experts and stakeholders.

The statistics for African startup funding in 2021 prove that investors have smelled the coffee on the continent and "global business leaders who misunderstand Africa run the risk of missing out on one of the 21st century’s great growth opportunities,” as my colleague Andrew writes in his June 2021 editorial! Total disclosed startup funding for 2021 of $5.2 billion is an all-time high, up 264% year-over-year, and larger than the funding amounts of the previous three years (2018-20) combined.

What are the new trends you see emerging? In terms of investment in particular...

A thorough analysis of the annual investment statistics provides new trends and indication where the startup ecosystem is headed in the coming years. I'll highlight a few trends to justify my predictions for 2022 for the African tech ecosystem, along with a note to the investment community.

First, and not surprisingly, the Briter Bridges Africa Investment Report 2021 described the African investment landscape in 2021 as "Fintechs, Fintechs everywhere!" Approximately 62% of total funding on the continent and 2/3 of all deals of $50 million and above went to fintechs.

Mega-deals of over $100 million are now the new normal, as evidenced by the dozens of noteworthy deals completed last year! This in turn has pushed more African startups into the "unicorn" territory. While fintechs accounted for 41% of these mega deals, a new sector is emerging, supply chain. This sector took the second lion's share with 14% of total funds raised, indicating a building trend accompanied by AfCFTA and the commercial launch of PAPSS.

A significant jump in investment of Pre-seed, Seed & Pre-Series A stage startups with ticket sizes of $100K to $5M is a belated welcome to the ecosystem. Africa’s future tech giants are being seeded and watered well now and the ‘too many investors chasing too few deals’ narrative is quashed for the foreseeable future.

The 2021 year has shown a seismic shift in the source of capital with some 62% of growth capital coming from the US, typically from funds in EMEA, followed by Europe, signaling that ‘overly cautious’ US investors have set-aside pre-conceived risks in startup technology investments. 2021 also welcomed Jack Dorsey’s Square Venture investing in an African Fintech while Jeff Bozz, Goldman Sachs, Ribbit Capital, Stripe, Quona Capital have invested in earlier years among others. The first three weeks of 2022 also showed Citi and Google joining the startup investment in Africa!

Finally, the number of investments by home grown funds and investors has skyrocketed! It was thrilling to watch tech founders turned entrepreneurs, GB of Flutterwave and Ham & Maijid of ChipperCash, leading Payhippo’s (YC S21) $3M round with institutional investors following the round.

Thus, you are announcing a more than promising outlook for 2022...

Total Investment reaches $10B USD. I expect a total Investment funding amount surpassing $10B including debut public fundraise in a form of SPAC and/or IPO.

2 African IPOs in the US are expected. At least 3 African unicorns have already publicly expressed of their intent of a US IPO/listing, and there are other startups vying to do the same. The significant shift of US private capital flowing to African tech space is a preclude to public fundraise in the form of IPOs. Paraphrasing what I said during my interview with Global Finance Magazine in October 2020, "the US private tech investment’s 'dating expeditions’ will lead to 'I do’s' in the form of US listing/IPO or SPAC deals."

African startups will continue to have global expansion ambitions and execution strategies from inceptions and their unique proposition tested and scaled in Africa will be a huge asset in their global accession in the years to come.

Afropreneurship is strong. African seed investors, founders-turned-investors and Afropreneurs with deep local expertise will continue to lead the pack in deal sourcing, seed investments and growth stories. The likes of Future Africa, Launch Africa and other emerging fund managers are good examples while platforms including YC, TechStars Toronto, AFTS Alpha Expo provide good early stage investment opportunities. This prediction also comes with a note to global LPs and Investors: Those who invest in African GPs and co-invest with local tech investors can expect handsome return in the quality lead pipelines as proven several times in India that has gone through the phase Africa is in currently, as an example in this indicative trend!

Cryptocurrency's future is being defined in Africa. Central Bank Digital Currencies, blockchain-technology enabled deployments, and increasing rates of cryptocurrency usage are accelerating. The young tech-futurists at the ฿Trust Fund, funded by Jack Dorsey and Jay-Z, will spearhead operational principles and adoption of virtual cryptocurrency in the continent and this will be one space to watch out.

On another front, the Commercial launch of Pan-African Payment and Settlement System (PAPSS) in Jan 2022 will be monumental in the continent’s financial, trade and payment space. Those startups and tech companies that adapt, adopt, and capitalize on PAPSS will be riding the ‘Shinkansen’ – bullet trains as called in Japan – to success and cross-border growth!

As the industry has already raked in over $300M in the first 3 weeks of 2022, we look forward to witnessing another record-breaking year of tech investment in Africa - led by fintechs! As we say in Swahili, "Kuwa tayari kwa mshangao mwingine wa Afrika", that is, "be prepared for another African surprise!" 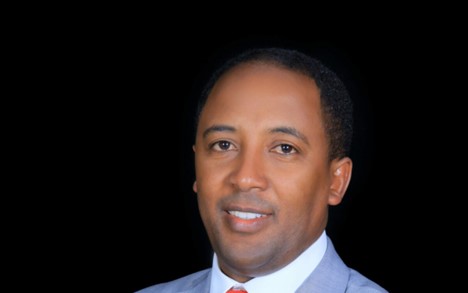 Washington D.C. hosted the 7th edition of the Africa Fintech Summit (AFTS) on April 21. On the occasion, Zekarias Amsalu, co-founder of the event, and also founder and CEO of Ibex Frontier, shares with Resilient Digital Africa his thoughts on the emerging trends shaping fintech in Africa. 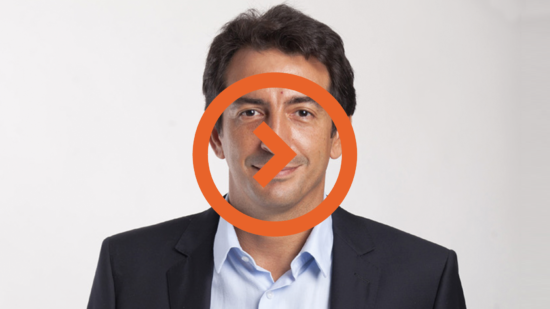 In light of the Covid-19 crisis, what can we say about the resilience of African startups? Their strengths, but also their weaknesses and how to better support them? So many questions addressed by Khaled BEN JILANI, partner at AfricInvest. 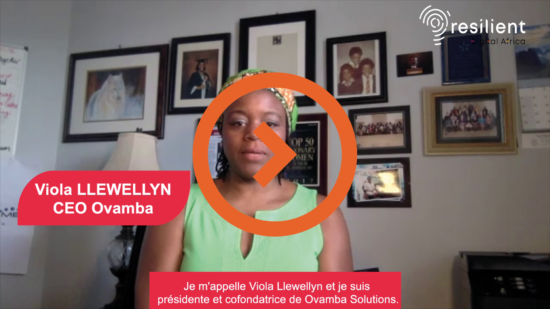 Viola LLEWELLYN – a woman entrepreneur in IT

A pioneer in FinTech, Viola LLEWELLYN, Cameroonian, is the co-founder and president of Ovamba Solutions. She observes the Covid-19 crisis as an opportunity to strengthen the resilience of African companies… promoting female leadership at the same time.