A mechanical engineer, Nneile NKHOLISE, is co-founder & CEO 3DIMO, which automates livestock data analysis to monitor animal health. She is the 2021 winner of the Margaret Entrepreneur Africa Award. Portrait.

It is in the foothills of the Lesotho Mountains, in Thaba 'Nchu, that Nneile NKHOLISE 's story begins. After graduating with a BtechMechanical Engineering degree from the Central University of Technology in Bloemfontein, South Africa, as well as a master's degree in engineering, the young woman started her career in 2011 as a mechanical engineer in the public works department. She then founded iMed Tech in 2015, a biotech company specializing in the design and manufacture of custom medical solutions to improve the lives of Africans.

Meanwhile, NKHOLISE is committed to the advancement of young women in Africa and wants to use iMed Tech to create opportunities for them. "Young African women could be the leaders in healthcare research and innovation on the continent and in the world," she argues with conviction. To that end, she intends to make iMed Tech the technology leader for the creation of medical prostheses, going beyond breast and limb prostheses to the printing of internal organs.

However, the young woman has other ambitions. In 2018, she co-founded 3DIMO, a venture-backed company that automates the analysis of livestock data to monitor their health. This in-app generates a universally traceable digital ID of each cow linked to a breeder and will provide the breeder with a tool to record animal vaccinations, movement and inventory control.

Coming from a technology background, my biggest obstacle was transition to entrepreneur.

"Coming from a technology background, my biggest hurdle was the transition to entrepreneur. The financial jargon worried me", she admits, adding that her most recent challenge is making cold calls to customers...

As one of the few women in the industry, NKHOLISE says she didn't have any person as a reference in the business world. "In launching iMed Tech, I wanted to confirm a theory that women have the power and potential to run companies in the medical technology sector. And not just ordinary companies, but companies that will become multinationals."

That career has opened the door to several international and regional awards. In 2016, she was recognized as the best female innovator in Africa by the World Economic Forum. In 2017, she was awarded by the Office of the President as South African Youth of the Year. In 2018, she was awarded Forbes Africa's 30 under 30, recognized in the Top 100 Young Africans by the Africa Youth Council, and awarded as Southern Africa's Industrialist of the Year at the All Africa Business Leaders Awards.

Finally, Nneile NKHOLISE received the Margaret Entrepreneur Africa on March 8. Launched in 2013 by JFD, the Margaret Award annually recognizes women entrepreneurs and intrapreneurs in Europe and Africa, whose projects and innovations respond to the major challenges of our society. The award is named after Margaret Hamilton, director of the software engineering division that developed the embedded software for NASA's Apollo space program. It is thanks to Margaret Hamilton's contribution that Man first walked on the Moon.

Through the Margaret Prize, JFD supports the growth and international influence of startups and business initiatives led by European and African women. 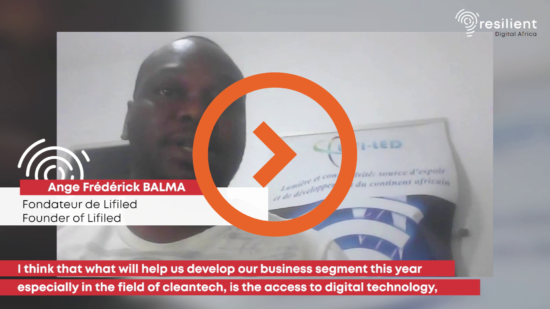 Series: Make internet affordable in Africa – An african pioneer of Li-fi communication technology, the start-up LIFI-LED aims to light and connect rural areas in Africa. A project actively supported by the founder of the young structure, the Ivorian Ange Frédérick BALMA. 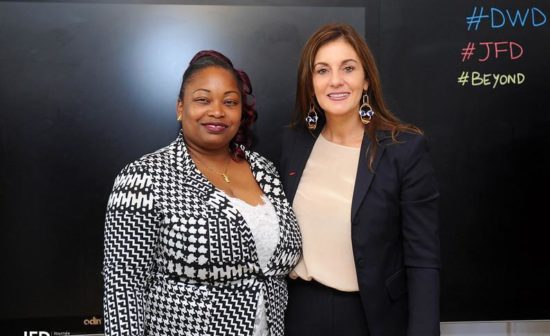 Women’s innovation movement JFD inaugurated on March 23 its first growth accelerator in Africa, at the heart of Libreville, Gabon, the 6th most connected African country in the world and the future digital hub of Central and West Africa, according to a World Bank report. Delphine REMY-BOUTANG, CEO of JFD, President of the Global Entrepreneurship Network France and Camélia NTOUTOUME LECLERCQ, Minister Delegate to the Minister of Higher Education, Scientific Research and Technology Transfer and JFD Ambassador tell more.

Specialist in training, employment and entrepreneurship issues in Africa, Didier ACOUETEY, founder of AfricSearch and the Africa SME Champions Forum platform, looks back on the “resilience” of African companies in 2020 and analyzes the African technological ecosystem.