What is the role of technology in the OIF's strategy, a component presented as a priority by the current Secretary General, Louise Mushikiwabo?

Connectivity is obviously a major challenge, especially in Africa. Statistics from the International Telecommunication Union (ITU) show that the connectivity rate in Europe was 82% in 2019 - higher than in the United States, but also much higher than in Africa, estimated at 28%. Moreover, this figure does not tell the whole story, as it fails to take into account regional disparities, or even differences within a single country, between, for example, well-served urban centers and rural areas with poor connectivity. The current momentum is nevertheless moving in the right direction with a set of projects designed to strengthen connectivity on the African continent (deployment of fiber optic cables around and within Africa, recent deployment of stratospheric structures...), which should lead to a significant increase in the connectivity rate within five to ten years.

Does this increased connectivity mean that the digital transformation is about to succeed in Africa?

It depends on what we mean by "success," because once this initial observation is made, another question quickly arises: what is the purpose of connectivity? Can Africa be in a position to develop as a digital player and not simply remain a consumer of solutions that have been invented elsewhere?

The real challenge is that good connectivity does not necessarily mean that local actors of the digital economy benefit from it, as shown by a UNCTAD Report in 2019, which notes that 90% of the value added generated by industries related to digital data is in fact captured by only two countries, the United States (63%) and China (27%). Moreover, this is the mistake made by part of the European political class, which believes that a high material and cognitive level will mechanically translate into an advantage in the digital competition that is currently being played out. This is not the case. Despite its high connectivity rate (82%), Europe represents only 3.4% of this generated value (Africa is at 2.3%) and this though European public authorities were initially involved in the information highways that were being built at the time. This was not enough and today we find ourselves in a situation where the Old Continent is also much more a consumer of digital products/services than a producer, beyond a few market niches (for example, the Google Maps service was designed in Switzerland).

So, what can be done to avoid such situations?

The challenge for the African continent is to exploit its growing connectivity to eventually aim to create its own digital products and services, designed on the continent, similar to what the Chinese have achieved in building their own GAFAMs, such as Alibaba and other companies. To get this far, two elements are paramount: training and regulation.

"Supporting training more, because that's how you move from being a simple consumer of services to a full-fledged content creator”

The training component is empowering people with specific skills, because it is in this way that we move from the stage of simple consumer of services, to that of full-fledged content creator. From this point of view, Africa abounds in creativity, especially in such areas as cultural and creative industries (CCI). In the OIF, for example, the initiative Solidarité Covid-19 Francophonie - a platform launched at the onset of the COVID pandemic and that allows entrepreneurs from the Francophone space to exchange solutions on the difficulties arising from the health crisis - has highlighted the strong African participation on all these subjects. In turn, this reflects the existence of a pool of local digital expertise, which would ultimately need little to progress any further. It is this pool of well-trained individuals that needs to be significantly expanded today.

"If you are present in a market without any particular regulatory protection, you may fall victim to the big players in the sector, who come from elsewhere and are perfectly equipped to take advantage of local economic opportunities”

The other key point related to digital sovereignty is regulation. If you are present in a market without any particular regulatory protection, you may fall victim to the big players in the sector, who come from elsewhere and are perfectly equipped to take advantage of local economic opportunities. Aware of this challenge, the European Union has for example recently developed a legislative arsenal (the General Data Protection Regulation [GDPR] or the Digital Services Acts ...) that should allow it to better protect its interests and those of its digital players. From this point of view, Africa would also benefit from going down this path, by taking advantage of the current dynamic of growing connectivity to both train its population as quickly as possible in digital tools - especially its youth - and to equip itself with an adequate regulatory system, a guarantee of its sovereignty.

What does OIF propose in particular on these two key themes?

On these two points, training and regulation, the OIF offers specific support with, for the training component, the launch of the "Déclic" program that aims to strengthen training in digital professions but also, at a more basic level, the mastery of digital tools. As for the regulatory aspect, we are currently in discussions with our member states, particularly in Africa, so that they themselves will be able to defend their interests as best they can, both nationally and internationally. The current round of negotiations of the World Trade Organization (WTO) in Geneva, on the future regulatory framework of electronic commerce, includes only 5 African countries around the table. It is this situation that must be changed today.

"We cannot talk about digital sovereignty without a massive investment effort, both public and private”

Finally, we cannot talk about digital sovereignty without a massive investment effort, both public and private. The health crisis that arose from COVID-19 had the paradoxical double effect of strengthening the trend towards digitalization of the African economy (as elsewhere in the world), while at the same time revealing difficulties in establishing international financial solidarity. Indeed, while Western states initiated massive stimulus plans - a significant part of which was devoted to digital technology - African states had the greatest difficulty in securing, in the form of international aid, a fraction of the amounts committed in developed countries. The same goes for the public-private partnerships (PPPs) initiated so far, which are still too few to really make a difference.

African cultural and creative industries (CCI) are increasingly relying on digital tools to develop. How can these tools make a difference and how can the digital Francophonie support this movement?

The initial project of the Francophonie was largely marked by the cultural challenge linked to the language; culture is therefore in a way consubstantial to the OIF. The advent of digital technology has nevertheless brought about several changes, which generally go in the direction of a wider and faster dissemination of cultural goods produced by CCIs, just like the advanced logic applied by the major American film studios, which is based on collective, simultaneous, cross-cutting work that favors speed of execution. In contrast, the previous business model, which stemmed from the Industrial Revolution, was based on a linear and iterative approach to prototypes before they were put on the market; that approach was by definition slower.

"The advent of digital technology is a wonderful opportunity for African CCIs, insofar as it makes the process of creating cultural products and their subsequent marketing as simple as possible”

From this standpoint, the advent of digital technology is a wonderful opportunity for African CCIs, insofar as it makes the process of creating cultural products and their subsequent marketing as simple as possible: there is no longer any need for agents, production companies or publishers to access the market and sell their services; intermediation has been reduced, or even eliminated, thanks to the new digital distribution channels. Moreover, the innovation models carried by CCIs, and based on these digital tools, could be extended to other sectors of economic activity, which would ultimately contribute to accelerating the current movement of digital transformation. It is this concerted effort that we are trying to foster today within the Directorate of Economic and Digital Francophonie.

<p>With the development of the digital sector, data protection has become a major issue on the African continent according to Aisha Kadiri, researcher at Digital Africa. After having given a brief overview of the need for data protection in Africa in a first part(link here), Aisha Kadiri addresses in the second part below some of the conditions that complicate African-centric data protection.</p> 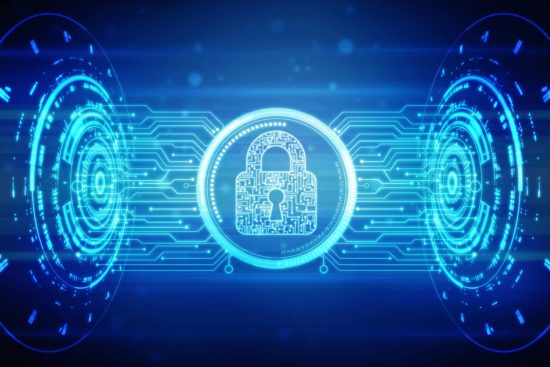 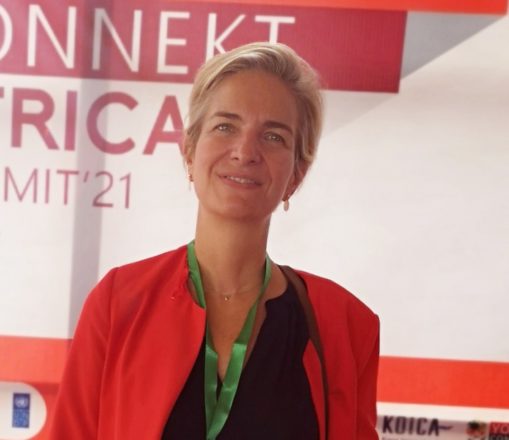 Talent4Startups : « Making Africa a pool of tech talent for the real economy »

The digital transformation represents a unique opportunity for Africa to achieve its ambitions: however, it must be fully prepared to capitalize on this dynamic. In particular by investing more in training in digital technology and human skills (“soft skills”), the teams of Digital Africa argue in this article.