The operational and financial success of African start-ups is still overwhelmingly concentrated in a few countries. That situation is far from being inevitable, Ali Mnif, Digital Africa’s Chief Investment Officer says, as he put forward proposals to support his point.

Nigeria, Kenya, Egypt and South Africa currently account for 80% of investment in African startups. The top four recurrently feature in all analyses, starting with reference reports such as ParTech Africa or Disrupt Africa. These countries produce a number of success stories (Shola Akinlade, Mesh Alloys, Mostafa Kandil...), which inspire thousands of young people all over the continent, pushing them to believe in their ideas, their future and their potential.

In contrast, the other 50 African nations continue to form an indistinct mass in the eyes of investors, despite the obvious demographic weight of some countries (Ethiopia [117 million], Democratic Republic of Congo [92 million] .... If we want to balance the distribution of investment across the entire African tech landscape and better give startups a chance wherever they come from, we need to understand what differentiates the four - and what could therefore inspire the other 50.

The first comparative advantage of the top four African countries over their continental peers is their high visibility among investors, which matter. 80% of venture capital deals in Africa came from non-African investors between 2014 and 2019, with 40% coming from the US alone. That figure, when compared to the predominance of the four aforementioned African countries in the overall volume of African deals, reflects a reality: a handful of investor countries are banking on just a few African nations.

The strength of these four countries undoubtedly lies first and foremost in their ability to produce local solutions that have become benchmarks, such as in fintech and mobile money. These innovations have built the credibility of these four markets and, in turn, attracted international investors, who are critical to the development and growth of African startups. Another consequence of the advent of foreign investors is that such process has forced local financing players to pay more attention to the opportunities available on their territory. The announcements made around major fund-raising events have whetted the appetite of African ‘old money’, which has gradually converted to venture capital, such as Singularity Investments - the financial vehicle of the Lebanese-Nigerian Darwish family -, the Kenyan group Chandaria, which has multiplied its investments in start-ups via its subsidiary Chandaria Capital, and the South African media giant Naspers that has invested $100 million in its dedicated structure, Naspers Foundry.

"Scientific output and well-trained talent are lifeblood of innovation, especially when efforts are focused on developing STEM skills"

Another key success factor is proactive education and research policies. Therefore, despite a twenty-fold increase in student numbers in half a century (from 400,000 students in 1970 to 9 million in 2017), sub-Saharan Africa still suffers from deficiencies in terms of scientific research, as evidenced by its annual volume of specialized publications (slightly less than 60,000), which is lower than in a country like Brazil (60,795 publications in 2019). Yet, here again, studies show that a vast majority of publications come from five African countries, Egypt, Algeria, Nigeria, Kenya and South Africa (our quartet is back!). This scientific output and well-trained talent are the lifeblood of innovation, especially countries have also understood how critical it is to invest also to reinforce STEM - science, technology, engineering and mathematics - skills. The South African white paper released in 2019*, and adopted as a framework, discusses in detail not only the challenges of developing these skills but also how to monetize them and create economic momentum around them. STEM is also a focus of Kenya's Vision 2020**, which includes flagship projects such as the Kenya Advanced Institute of Science and Technology, expected to open in the next few years.

"Fintech boom in Nigeria and Egypt owes much to the existence of regulatory sandboxes, allowing new operators - primarily start-ups - to deploy their services in areas that are not yet formally regulated"

The FinTech boom in Nigeria and Egypt is mainly due to the existence of regulatory sandboxes, allowing new operators (mostly startups) to deploy their services in niche areas, especially in those that are not yet formally regulated or, if regulated, remain sufficiently open. It is important to maintain this regulatory flexibility within the economy supports a market-making process, that is to say, the creation of new markets. Those cannot be created where rent-based dynamics provide revenues to a few players only, thereby limiting the advent of new players and therefore any incentive to innovate. From this point of view, a process to unlock regulation is as essential and structuring as the positive and commendable effort to provide startups with an exceptional regulatory framework, notably through tax incentives.

Connectivity to external markets, development of an appropriate training framework and STEM skills, and market-making in an open market economy: these success factors, which are prevalent in the top four, can indeed be a source of inspiration for the 50 nations on the continent. It is true, however, that it is more difficult for small or intermediate economies to stand out, and as such each country will need to adapt these lessons to its particular situation.

"If we talk about connectivity with external markets in the broad sense, we can logically include African markets, especially since the issues are often common"

First of all, on funding: if we talk about connectivity to 'external' markets in the broad sense, we can logically include African markets and all the more so as they face similar issues: it is for instance easy for an African investor in agritech to understand that drones manufactured in a neighboring country to spray solutions against insects harmful to crops (caterpillars, locusts) will be relevant wherever these pests are identified. In addition, one should also consider the opportunities that will be provided by the new African Continental Free Trade Area, some of whose protocols on pan-African investment and right to establishment should eventually greatly facilitate capital flows within the continent and ambitious initiatives at the regional or pan-African level.

With respect to STEM skills development; while not everyone can develop a specialized institute as in Kenya, the integration of STEM disciplines into general education and the creation of tech clusters can foster their deployment. We can see proactive policies in this direction, such as in Rwanda, which has resolutely relied for years on new technologies as an economic differentiator, or in Benin with the Semé City project, intended to become an 'International City of Innovation or Knowledge'.

As far as market-making is concerned - setting up an environment conducive to the creation of new markets - what is most important is undoubtedly to embrace a dynamic search for opportunities. A relevant avenue for all mid-sized economies would be to consider how to locally support the shift towards digitalization of companies active in the real economy, with a view to improving multiple aspects - the performance of companies, the quality of products or the accessibility of products and services to the greatest number of people. This is where a more ambitious approach, aimed at inviting young innovative entrepreneurs to imagine, in collaboration with more mature companies, useful innovations for the latter, can prove to be a winning strategy. When you are not yet on the map of international investment as a 'tech cluster country', you can rely on national champions, who, more often than not, can respond and choose to capitalize on local talent by offering them problems to solve, places to innovate internally or within incubators, and funding.

"It is up to each country to choose the options that seem best adapted to its situation, remembering however that the development of such an ecosystem and its prosperity requires stability and a common vision”

As we can see, there are many ways to support the African tech ecosystem as a whole. It is up to each country to choose the option that seem best suited to develop such tech ecosystem - while remembering that the development of such an ecosystem and its prosperity require stability and a common vision. It doesn't matter if this vision is imagined at a higher level, as it is the case today in Rwanda for example with the Vision 2050, or if, on the contrary, it comes from a more grass-root approach, built on a dialogue with the local communities, as it is the case today in Tunisia with Startup Tunisia. Consensus is the key within each country. And, more broadly, there must be consensus across Africa that African tech and local talent is a strategic investment for the long-term development of the continent.

#Tech4Scale!: African startup and the scaling up challenge – Bosun TIJANI, Co-founder and CEO of Co-Creation Hub

Scale Series – Co-founder and CEO of the Nigerian incubator Co-Creation Hub, Bosun TIJANI shares his experience on the challenges of scaling up for African tech startups. 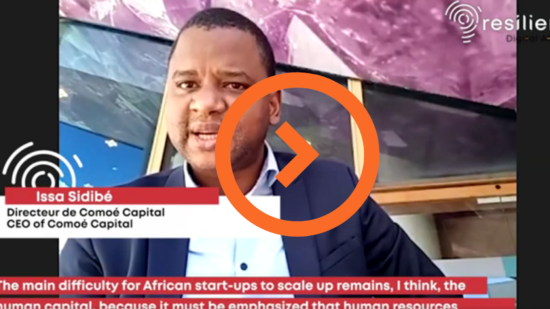 “Scale” Series – A member of the Investisseurs & Partenaires (I&P) fund team since 2017, Issa SIDIBÉ is the Managing Director of the impact fund Comoé Capital. Sponsored by I&P DEV 2, the financial vehicle is dedicated to financing and supporting small and medium businesses with high potential in Ivory Coast. 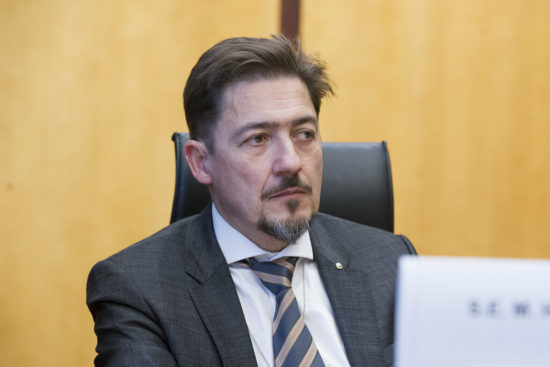