One year ago, Digital Africa and its partners launched Africa Next. Clive BUTKOW, CEO of Kalon Venture Partners, talks about this experience.

Clive BUTKOW is the former Chief Operating Officer (COO) of Accenture South Africa, he has 28 years management consulting experience. During his tenure at Accenture (formally Arthur Anderson and Anderson Consulting), he played numerous leadership roles, including Managing Director of Accenture’s Technology business as well as Managing Director of Accenture's Resources business. Since being promoted to partner in 1997, Clive led sales for various divisions including SAP, Resources and Accenture’s Technology business, cultivating an entrepreneurial mindset which helped grow Accenture into one of the top emerging markets globally.

Clive is currently the CEO of Kalon Venture Partners, a disruptive digital technology Venture Capital Fund (VCC). Clive sits on various boards of the VCC’s underlying companies including chairman of many of the companies. He also plays an active role as a trusted advisor to the venture capital industry in South Africa.

During his Accenture and subsequent entrepreneurial career, he modeled and studied hundreds of successful businesses, both corporate and entrepreneurial, to understand and learn the skills and tools that differentiates successful people and businesses from the rest. He also learnt many of his teachings from being exposed to some of the top sales people, entrepreneurs and business coaches across the globe.

Clive joined Arthur Anderson in 1985 (now Accenture) after graduating from the University of the Witwatersrand with a B.Sc degree in Computer Science and Applied Mathematics

Talent4Startups : « Making Africa a pool of tech talent for the real economy »

The digital transformation represents a unique opportunity for Africa to achieve its ambitions: however, it must be fully prepared to capitalize on this dynamic. In particular by investing more in training in digital technology and human skills (“soft skills”), the teams of Digital Africa argue in this article. 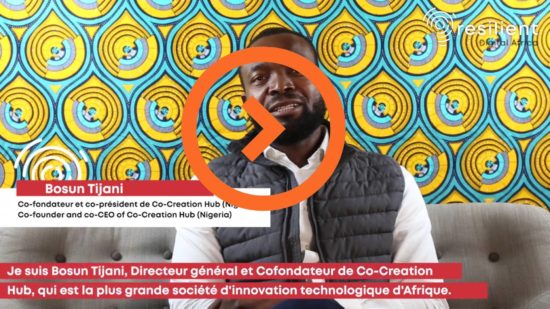 #Tech4Scale!: African startup and the scaling up challenge – Bosun TIJANI, Co-founder and CEO of Co-Creation Hub

Scale Series – Co-founder and CEO of the Nigerian incubator Co-Creation Hub, Bosun TIJANI shares his experience on the challenges of scaling up for African tech startups.

EuroQuity, a networking platform for companies, investors and support structures was created in 2008 by Bpifrance. It is a founding member of Africa Next. A community of players committed to co-investing in innovative companies in hyper-growth, bringing together French and English-speaking venture capitalists from Europe and Africa – who select projects on the basis of e-pitches. With more than a hundred investors present for the last session, the attractiveness of Africa is confirmed… and diversified. Gilles LE COCGUEN, Director of EuroQuity provides explanations.