AfCFTA, an enabler of Digital Trade and E-Commerce – 1/4

With the pandemic that the world is experiencing, digital trade has become unavoidable. The African Continental Free Trade Area (AfCFTA) offers an opportunity for Africa to develop e-commerce. 1st part.

A global digital order is gradually taking shape driven by innovations in ICT. In this context, e-commerce and digital trade is rapidly transforming the world economy; disrupting old business models and replacing them with new ones; shaping the future of labour, transforming and industrialising economies; raising new concerns and challenges; and making it difficult for governments to keep up the pace with appropriate regulatory and policy frameworks both at the national and regional levels.

Developed countries, having invested significantly in 3D printing, big data, artificial intelligence and robotics over several years, have seized an advantage in digital trade and e-commerce. Developing countries, and especially African countries, on the other hand, are still struggling to improve internet penetration and ICT infrastructure. This has led to a widening digital divide. According to UNCTAD, China, the USA and the UK capture 70% of all cross-border e-commerce trade. The remaining 30% is made up of mostly other developed countries, leaving developing countries as importers of digital technology and products.

According to UNCTAD, e-commerce is growing exponentially (US$25 trillion in 2015, up from US$16 trillion in 2013), and this means that African countries can gradually take a portion of this market share. McKinsey & Co, estimated e-commerce in the African continent at US$8billion in 2014 and predicted that it could reach US$75 billion by 2025, with Nigeria as the leader of e-commerce on the continent. The UNCTAD Nairobi Manifesto on the Digital Economy and Inclusive Development in Africa (2018) reported 21 million online shoppers in Africa in 2017, which amounted to a penetration of 1.68%, less than 2% of the world total. McKinsey & Co also show that e-commerce now contributes more than 1% to the GDP of a number of African countries: Senegal (3%), Kenya (2.9%), Morocco (2.3%), Mozambique (1.6%), Nigeria (1.5%), South Africa (1.4%), and Ghana (1.1%). The top seven are followed closely by Egypt, Tanzania, and Cameroon, where e-commerce contribution to the national GDP is around 1%. This shows that even in Africa, e-commerce is dominated by a handful of countries, so there is room for diversification in the e-commerce market in Africa.

In this context, and considering the current African trade and regional integration agenda, a comprehensive and holistic African strategy is necessary to support African countries and African private sector in enhancing their readiness and maximizing their participation in e-commerce and digital trade with a view to further enhancing intra-African trade and facilitating the integration of the continent into the global economy. The African Union Commission (AUC) is promoting an enabling environment that fosters the rapid evolution of the African digital economy. The AUC has developed the Digital Transformation Strategy for Africa 2020 – 2030 with a focus on stimulating the growth of broadband infrastructure as a foundation for the digital economy to realise a Single Digital Market (SDM) by 2030. The African Continental Free Trade Area (AfCFTA) which entered into force on 30th May 2019 in effect provides a single digital and content market to enable African private sector to do business in the digital trade and e-commerce space. This huge market coupled with the newly launched Digital Transformation Strategy for Africa (DTS) is set to provide an enormous opportunity to grow the African digital economy.

Background to E-Commerce under the AfCFTA

Agenda 2063 ("The Africa We Want"), envisions Africa as a continent on equal footing with the rest of the world as an information society, an integrated e-economy where every government, business and citizen has access to reliable and affordable ICT services by increasing broadband penetration and providing venture capital to young ICT entrepreneurs and innovators.

Potentially the most significant initiative for digital transformation on the continent is the AfCFTA. A key challenge is how to use the AfCFTA Agreement to design digital solutions for African business and consumers. Reducing import and export duties and trade restrictions on telecommunications services, computer products and other vital ICT infrastructure under the AfCFTA will create a huge market with an enormous incentive for firms to enter the digital space and innovate to provide customers with a broader range of goods and services for digital trade and e-commerce.

In considering the advances in digital trade and the use of e-commerce, African policy makers understood that any failure to identify and measure digital trade, and the impact it is having on the economy would mean an inability to respond with effective policies to grow and support local digitalisation efforts. This would result in lower competitiveness of African countries as developed countries move further ahead in the digital space. Instead, African countries have to prepare to shift their revenues away from import and export duties towards value-added and income taxes to prepare for the free trade zone under the AfCFTA. The overall effect will be accelerated economic growth and thus also higher income and VAT tax revenues. 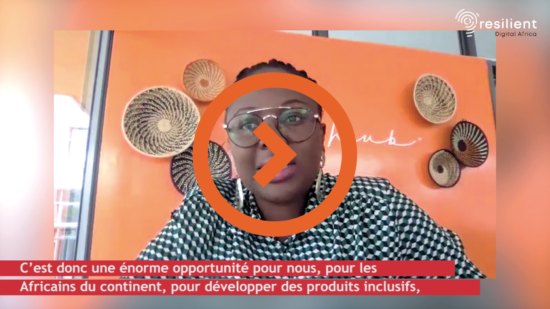 “There should be more collaboration between different actors, up to the last link in the chain, the entrepreneurs.” For Sheilah BIRGEN, specialist in the pan-African tech ecosystem, AfCFTA is a great opportunity to promote “made in Africa” solutions and young entrepreneurs. With certain conditions… 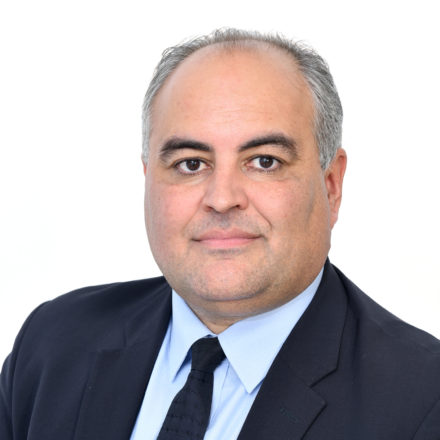 Interview – Karim KOUNDI, TMT Industry Leader “The Covid pandemic has been an accelerator”

Associate in the Deloitte French-speaking Africa and in charge of ICT activities for this region, Karim KOUNDI analyses the evolution of the e-commerce sector through four factors he thinks are determinant. Interview. 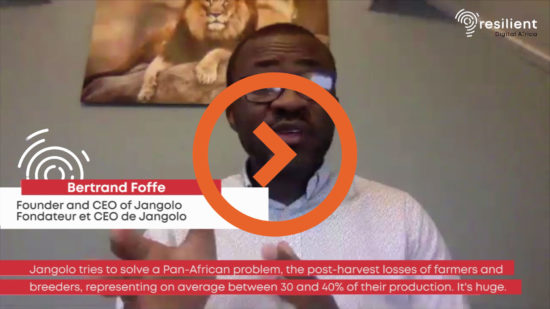 E-commerce – Jangolo, the online “made in Africa”

Bertrand FOFFE, Cameroonian, launched Jangolo, a company specialized in AgriTech. With more than 10 000 users and 400 companies in the agro-livestock and food sectors in its network, Jangolo offers solutions to answering issues farmers face in Cameroon and the continent.