The African Continental Free Trade Area (AfCFTA) that came into effect on January 1 feeds the ambitions of the private sector which is determined to make the most of the opportunities offered by this single market, particularly in e-commerce.

Effective as of January 1 and seen as the next growth frontier, the African Continental Free Trade Area (AfCFTA) - a community market of 1.3 billion people-could potentially increase intra-African trade by 52% by 2022, according to estimates by the International Trade Center (ITC), thus correcting the current shortfall in intra-African trade (only 14.4% of intra-African exports in 2019, according to the trade finance bank Afreximbank).

Therefore, it is not surprising that private sector operators are now positioning themselves to make the most of the expected business opportunities. This is notably the case for the leading Nigerian bank,  Access Bank (31 million customers and $20.3 billion in assets under management by the end of 2020). In the wake of the start of the AfCFTA, the bank announced the forthcoming opening of new subsidiaries in eight countries in North Africa (Morocco, Algeria, Egypt) and sub-Saharan Africa (Angola, Côte d'Ivoire, Ethiopia, Namibia, Senegal).

For the director of the financial institution, Herbert WIGWE, the value added to customers will be achieved through digital banking services, with Access Bank's objective being "to become an aggregator that will build a global payment gateway, [providing] support for trade finance and related banking services across the continent. The Economic Commission for Africa (ECA) is also advocating a strengthening of the digital technology. Indeed, the United Nations agency is calling on countries in the continent to promote e-commerce, an African digital sector that is still weak (1.3% of global B2C e-commerce in 2020, according to Accenture estimates), but which is nonetheless seen as key to the success of the AfCFTA.

Digital technology, a catalyst for the single market

In fact, digital technology is an important lever to promote the made in Africa, as shown by many initiatives, including the Internet platform Algerian Export, created by the Algerian entrepreneur Rassim BENGHANEM. A platform which, according to him, "aims to offer Algerian companies a way to showcase their products to the world, creating a Marketplace with international scope.” In sub-Saharan Africa, the same desire to remove barriers to trade drives Hervé KENFACK, the CEO of the Cameroonian start-up  Klapeers that brings together on its website the digital services of some thirty economic players in the pan-African ecosystem and on which the entrepreneur confides to have been "working for twenty years.

To make these operations as smooth as possible, the company has worked in partnership with two well-known financial companies, the Nigerian bank  UBA  and the international payment technology company VISA to deploy a technological solution capable of guaranteeing financial transactions. In addition, a geolocation system has been set up to enable Klapeers' partner, the express delivery company DHL, to ensure deliveries. To get around the cultural reluctance of many African consumers, who are little disposed to pay for a product online without having seen and touched it, "Klapeers presents each item with its technical data sheet and six photos taken from all sides," stresses Hervé KENFACK, who says he was "inspired by the Alibaba concept. He further indicates: "99% of the products offered by Klapeers are African". Just like the platform that stands out from the leading e-commerce providers operating on the continent.

"99% of the items on Klapeers are produced on the continent"

The platform, launched in Libreville, Douala and Abidjan, will soon be available throughout the continent, according to the plans of its founder, who also targets a market segment in particular, the Diaspora. "These consumers have a certain purchasing power and want quality African products," says Hervé KENFACK.

By then, the protocol on e-commerce, which is currently being drafted, will have been adopted. It remains to be seen whether the final results of this commercial Big Bang that is the AfCFTA, which provides for the eventual elimination of 97% of tariffs, will live up to expectations... 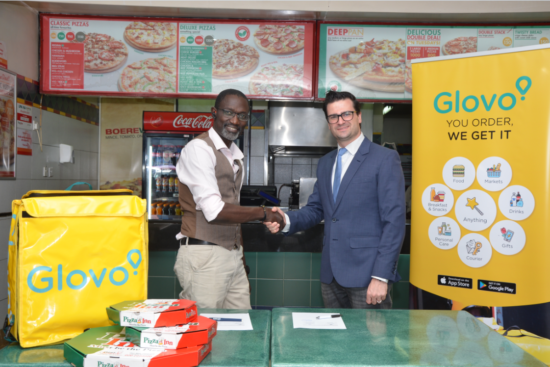 Analysis: while the example of Jumia reveals the difficulty of achieving the same profitability of their model, the future of these delivery platforms is very much at stake in their “local” dimension. Do they help promote Made in Africa products? That’s what is at stake. Part three (final). 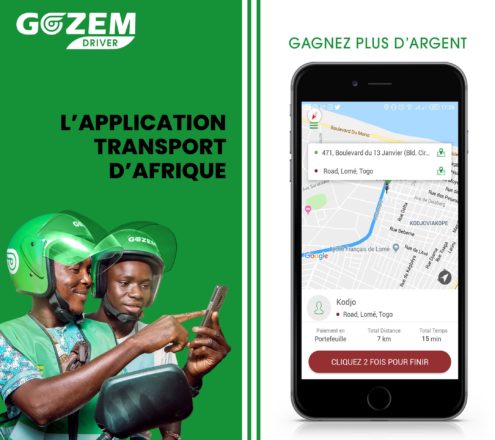 Delivery platforms: local adaptation is the key to success

Jumia, Glovo, Gozem… Super-Apps are multiplying on the continent. Each one has its own model and range of services. If their ambitions to expand regionally have been slowed down by COVID-19, the pandemic has also revealed their flexibility and their ability to adapt to the new needs of the markets where they are based. Part two.