The Central African Backbone (CAB) fiber optic network, which is intended to strengthen the connectivity of Central African countries, is the centerpiece of the region’s digital ambitions. A public infrastructure that is now being followed by other private projects.

July 15 was the official start date for the inter-connection between Cameroon and Gabon, taking the form of a 22-km-long fiber optic cable running from Bitam (Gabon) to the border town of Kye-Ossi (Cameroon). Inaugurated in the presence of Cameroonian Minister of Posts and Telecommunications, Minette Libom Li LIKENG, and Gabonese Minister of State in charge of Communication and Digital Economy, Edgar Anicet MBOUMBOU, the inter-connection should, according to experts, facilitate and improve the quality of digital communications between Cameroon and Gabon, thanks to better Internet connections. The new infrastructure, described by Ms. LIKENG as "a significant step forward in the process of digital integration", should also allow for bridging the digital gap between both countries’ border areas. But more than that, this transnational fiber optic connection is valuable in so far as it is part of the Central African Backbone (CAB) regional telecommunications project.

Launched in 2007 and financed by the States of the Economic and Monetary Community of Central Africa (CEMAC, which includes Cameroon, Chad, Congo, Gabon, Equatorial Guinea and the Central African Republic) as well as several donors (notably the World Bank, the African Development Bank and the European Union) - to the tune of 273 million dollars - the CAB aims to provide the region with a fiber optic network. The project should actually increase the capacity and quality of telecommunications services (expected availability rate of 99.99%, in accordance with the standards of the International Telecommunications Union) in this community space of 3 million km2 and nearly 60 million inhabitants.

As for the effective deployment of this "backbone", it results from national programs, with countries ensuring inter-state interconnection of these infrastructures. It is precisely in this context that the recent inauguration of the fiber optic inter-connection point between Gabon and Cameroon takes place. Earlier, at the end of 2020, another interstate connection was completed between Cameroon and the Republic of Congo, itself preceded by several others (Congo-Gabon interconnection in April 2018, Cameroon-Chad in March 2015 ...).

"Penalized for a long time by poor access to electricity and a lack of digital infrastructure, Central Africa is now catching up with the rest of the continent"

These investments are designed to strengthen internet access in countries of the sub-region, which has historically been poorly connected (12% penetration rate in 2018, the lowest level in the world at the time). And they are finally bearing fruit.

Long penalized because of poor access to electricity and a lack of digital infrastructure, Central Africa is now catching up with the rest of the continent, as shown by the latest annual report of the social media management platform Hootsuite and the specialized agency We Are Social, which now places the region ahead of East Africa (26% penetration rate against 24%) ... but still far behind Southern Africa (62%), the continental champion in this area.

"Business operators, upbeat, see the glass as half full in this growth driver and bet on optic fiber"

Optimistic business operators see the glass as half full in this future growth driver and bet on fiber optics. The latest example is the recent announcement - in July - of a partnership between Liquid Intelligent Technologies (LIT) - a subsidiary of Zimbabwe's Econet Wireless - and the social media giant Facebook to build a terrestrial fiber optic network in the Democratic Republic of Congo (DRC). The 2,600-kilometer cable will link Africa from East to West through the DRC, connecting to the 2Africa submarine cable on the Atlantic coast. A mammoth project for which LIT raised $180 million from the UK investment company CDC, at the end of 2018, and whose financial benefits could be commensurate with the region's huge digital development potential.

Guinea – Launch of the national internet backbone, a step forward in improving connectivity

Guinea set up its national internet backbone. An ensured access to submarine cables to improve internet connection everywhere in the country. The infrastructure also breaks the digital divide, widening access to the broadband connection. 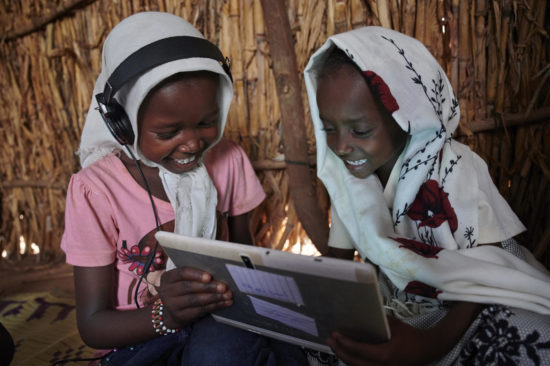 A map to identify and connect every school

As part of the GIGA initiative that aims to connect to the Internet every school in the world, UNICEF launched august 26, a school mapping project in partnership with Ericsson. A first work that seems daunting but thanks to digital tools such as satellite imaging, is more effortless.

If Africa stays far away from other continents concerning access to the Internet, it wins some places in subscription prices. However, it looses in the speed connexion ranking.