$17 million. That is what the new tax on mobile data should bring in 2021, according to estimates by the Ugandan Ministry of Finance, almost $4 million more than the previous social media tax it replaced at the beginning of July. Adopted by Parliament in May, and described by Ugandan Finance Minister Amos LUGOLOOBI as "a new mechanism [designed] to help the government achieve its main objective of industrialization for inclusive growth […]", this new digital tax seeks first and foremost to optimize tax collection, in a context of economic crisis linked to the COVID-19 pandemic, which has jeopardized state's finances ($18 billion of public debt at the end of June).

Indeed, the Ugandan government has learned from the failure of the previous Over-the-top (OTT) social media tax, which was implemented in 2018. With the OTT tax, social media users were until now required to pay a daily fee of 200 shillings (€0.04), with those wishing to consult WhatsApp, Facebook and Twitter (but also dating sites such as Tinder or Grindr) having to dial a specific code that automatically subtracted the amount due from their mobile internet credit.

However, many Internet users quickly circumvented the measure by using VPNs (virtual private networks) to hide their location; a trick the Ugandans learned in 2016 when the government tried to ban the use of social media during the elections. As a result, the Uganda Communications Commission (UCC) estimated that less than 60% of the country's mobile Internet subscribers (11.3 million out of 18.9 million) were actually paying the OTT tax, in the second quarter of 2020,for total revenues (21.12 billion shillings, or $5.7 million annually) that were much lower than initially expected (135.21 billion shillings, or $36.6 million/year).

In contrast, the tax on mobile money transactions (0.5% on money withdrawals), introduced by the government at the same time as the OTT, generated twice as much revenue as expected (104.75 billion shillings [$28.3 million] from July to December 2018 compared to 54.75 billion [ $14.8 million] expected by the state). A success due both to the very high use of mobile money by Ugandans (88% of mobile owners) and the lack of a real alternative, as in the case of the OTT tax with VPNs. It is this winning combination (a large captive customer base and a lack of credible options) that the Ugandan authorities are now seeking to replicate with the new tax on mobile data, which will tax the purchase of Internet packages directly, up to 12%. With this new, more restrictive system, the government hopes to boost its revenues by better controlling potential "losses" of tax revenue.

On their side, Internet users are contesting this new tax which comes to burden their purchasing power, in an already difficult socio-economic context - a 1 GB mobile data package costs 15% of the average monthly income -. The same goes for companies, which are also worried about the repercussions of this tax on their business, in a period of confinement where the economy relies more than ever on the digitalization of sales channels. In fact, many analysts believe that this new tax on mobile data, not only will increase business expenses, but could also limit Internet access to potential customers. Especially since this new tax is itself part of a series of seven new taxes that the government wants to impose. In the meantime, not all mobile operators have passed on the 12% tax to their mobile data prices, with some still hoping the government will reduce it to 5%…

Tourism Data and training to save tourism

To promote recovery in Africa’s tourism sector, the World Tourism Organization (UNWTO) and Google have partnered on an online skills’ accelerator program for tourism stakeholders. 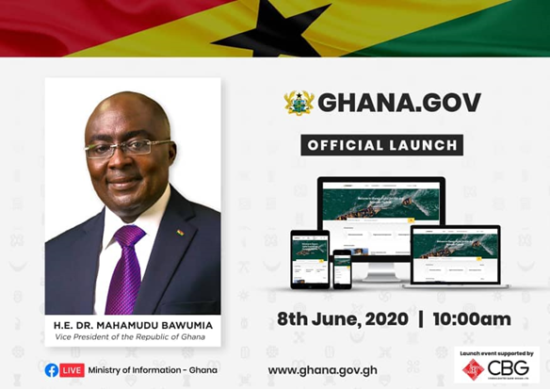 The third most coronavirus-affected country in sub-Saharan Africa has broken new ground in digitizing government: with the launch of Ghana.Gov, citizens no longer need to move around to meet their various financial obligations to the government.