VivaTech was a success. Postponed due to the pandemic, the fifth edition of the Paris technology show - a Europe’s leading digital event –was finally held from June 16 to 19. It welcomed nearly 140,000 visitors, including 26,000 in person and 114,000 online, according to figures released by the event's co-organizers, the daily newspaper Les Echos and the Publicis group. As in previous years, many African tech professionals came to present their projects and meet investors and customers, like Ursula NDOMBELE.

The female entrepreneur, originally from the Democratic Republic of Congo, came to present Hoja, an app that secures taxi rides in Kinshasa, thanks in particular to a certification service. Launched in 2018, the startup - based in Amiens and whose name means "move" in Swahili - saw its activity “really take off the following year”, recalls the young woman, as the signing of a contract with the city hall of Kinshasa then allowed [the company, ed] to “pass a milestone”.

“We met with 2 or 3 potentially interested investors, with whom we shared pitch days, and then we continued the discussion”

The Hoja platform now boasts 20,000 registered users. A success that Ursula NDOMBELE seeks to perpetuate, particularly through building strategic alliances. This is the challenge of such events as VivaTech, the Congolese entrepreneur seeing in the fair both “the opportunity to raise funds” and “to establish partnerships in technology.” An assumed pragmatism that seems to have been successful for her: taking stock of her second participation in VivaTech, the CEO of Hoja is pleased to have held discussion with a start-up that could become a “technical partner” and to have met “2 or 3 potentially interested investors, with whom she shared pitch days and continued the discussion afterwards.”

“Our target is the European market, and VivaTech is the biggest tech event in Europe, hence our participation”

For Anis SAHBANI, the CEO of Tunisian start-up Enova Robotics, also present at VivaTech, the objective was somewhat different, the ambition being primarily to capture the European market. Yet, “VivaTech is the largest tech event in Europe, hence our participation” - for the third time - and this “even if this year we were in VTC and not in person,” said the robotics specialist who is also pleased with the overall level of participation that was “very impressive this year.”

The Tunisian entrepreneur, who in June 2018 made the largest fundraising for a start-up in his country (1.5 million euros), also confirmed preparing a new financial round, making contacts in this regard with several major groups participating in the fair, including Orange, La Poste, EDF…. These are all positive points that have led the CEO of Enova Robotics to say that “this type of event creates a momentum and encourages exchanges”.

This same positive dynamic was also pursued by Morad ATTIK, co-founder with his brother Rabah, of Evolukid, a "Netflix" of education dedicated to the learning of new technologies (programming, robotics, electronics…) and intended in particular for the youngest. “When we founded Evolukid five years ago, the idea was to demystify and make new technologies accessible to prepare the new generations for the challenges of tomorrow,” says this former mathematics teacher, for whom “the challenge is to introduce as many people as possible to these tools so as not to leave technology to a minority”. This ambition has, in fact, already been partially achieved in Africa, since the Guinean authorities have asked the two entrepreneurs to set up a program for 15 schools, through remote monitoring. The project followed up by the UNICEF was already intended for duplication elsewhere in West Africa, before the COVID pandemic turned things upside down…

“The history of fairs is to take cards and then hammer away at them, which can take six months to a year before succeeding”

Pending the resumption of the program, Evolukid participated in its second VivaTech, invited by the audit firm KPMG as an innovative start-up, "a sign of quality and seriousness", […] according to Morad ATTIK. The CEO of Evolukid, who is clear-eyed on the often random and winding nature of the practice, recalls, however, that "the history of fairs is to take cards, then hammer away at them, which can take six months to one year before succeeding. In short, after being seen, you still have to convince… 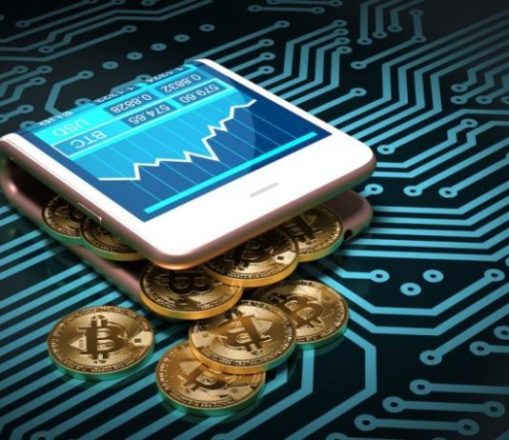 Digital currency projects that are increasingly supported by African central banks could profoundly change the continent’s current financial system. That approach is full of promise but not without risk.