Chad – Multimedia centers are growing all over the country

On December 10, building of a multimedia center dedicated to women and young people was launched in Am-Timan in the Salamat region of Chad. The 6th installed in the country. An initiative which is part of the ICT modernization and development project included in the 2030 strategic plan for Chad.

A computer room, a meeting room with 120 seats, administrative halls, printers, an internet café with computers and an internet connection, opened to the public, a cafeteria and all powered by a hybrid energy source. This is what Am-Timan’s new multimedia center will look like in the Salamat region of Chad, the foundation stone of which was laid on December 10. With an area of ​​2,400 m² and a value of 300 million FCFA (450,000 euros), the establishment is dedicated to women and young people according to its promoter, the Information Technology Development Agency and of communication (Adetic). In addition to finding the necessary equipment there, those welcomed will meet digital professionals able to support them on their project.

6 multimedia centers open in the country

After work estimated at six months, the establishment will join a series of centers built across the country. The infrastructure is in fact part of "the ambitious project to modernize electronic communications infrastructure", as explained by Idriss SALEH BACHAR, Minister of Posts and Digital Economy, quoted by the local press.

A month earlier, on November 10, the Agency inaugurated another community multimedia center, this time in Doba, in the province of Logone Oriental. From now on, six telecentres have been built and equipped in the towns of Mongo, Abéché, Bongor, Biltine, Amdjarass and Doba and construction sites have been launched in Moundou, Mao, Pala and Sarh. And the objective is simple for Adetic: to modernize and develop ICT in order to meet the objectives set out in the Government of Chad's 2030 strategic plan. A sizeable goal, since the country ranked 134th out of 134 countries in the 2020 Network Readiness Index which ranks the countries of the world according to their ability to adapt to future technological challenges.

In addition to this development, community multimedia centers are also intended to reduce the digital divide and promote inclusion between the provinces and the main cities of Chad. "They offer direct and indirect jobs to young people through the development of the digital economy," said Adetic CEO Acyl MAHAMAT ACYL. Finally, these centers must participate in the empowerment of people with physical disabilities by providing them with workshops, battery recharges, repairs to telephone terminals, telephone booths, etc. 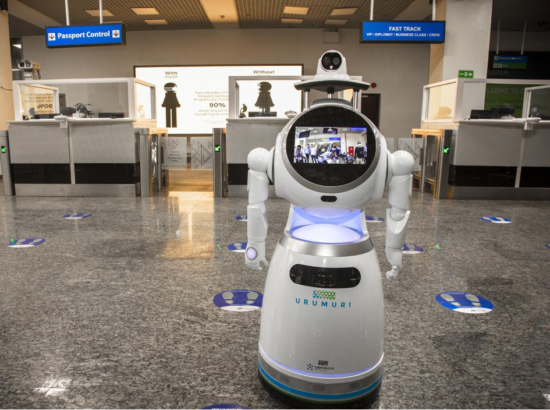 Innovation : not to miss Industry 4.0 train

Developing countries in general and sub-Saharan Africa in particular will be less prepared to catch with the new technological wave… even if some stand out in terms of innovation. This is the essence of the “Technology and Innovation Report 2021” of UNCTAD (United Nations Conference on Trade and Development).